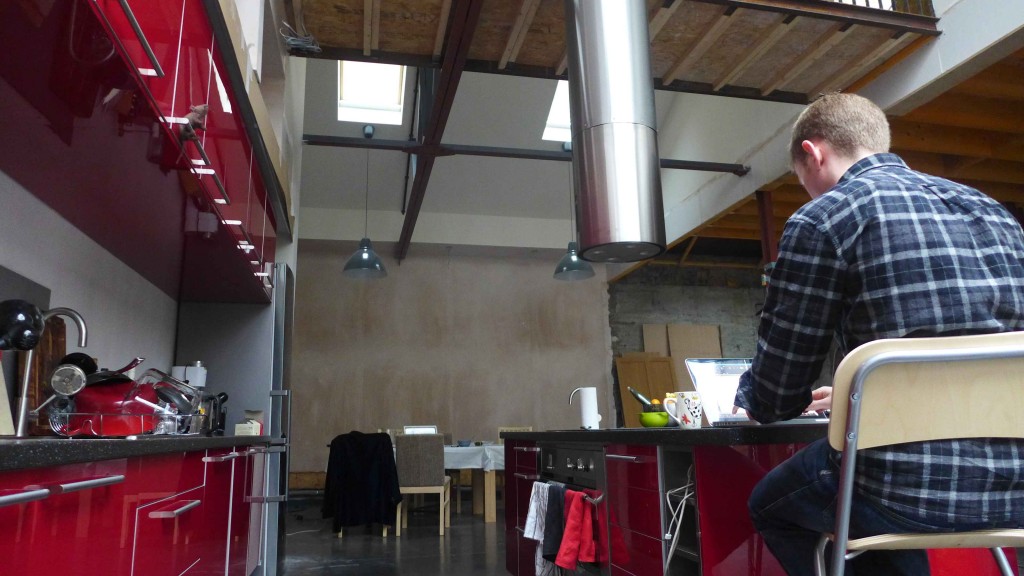 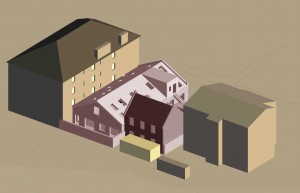 This Edinburgh project, a part- new-build part- conversion of an ex-brewery site to form two houses and one studio office, is for Alex MacLaren and will form the new offices of Engineroom LLP in Edinburgh. A Planning Application was submitted in February and Granted in April 2012. Construction is now nearing completion on site.

The site initially housed two large and disused warehouses, one stone-fronted and dating from the 1880s and the other more recent and a poorer pebble-dash renders brickwork construction. We retained and re-inhabited the older warehouse as a house and studio; and demolished the other to provide a garden. We also have permission to build a new three-storey stand-alone house on half of that plot, though we have no immediate plans to action that permission.

The scheme originally planned to install a single large biomass boiler to providing heating and hot water for all three units, but Edinburgh Council confirmed they will not support Biomass installations of any kind under any circumstances in ‘Clean-Air/Smoke Free’ zones, including this site. We had sourced an extremely efficient boiler with ‘Clean Air’ certification under scottish law, but this was not deemed sufficient to meet the concerns of officers.

The site has had a watching archaeological brief when under development to satisfy the City of Edinburgh Archaeological officer, who rates the existing warehouse as being ‘of local historic importance’. We found evidence of the old brewery: molten glass and some complete bottles from ‘Steel and Coulson, Croft-an-Righ Brewery’. 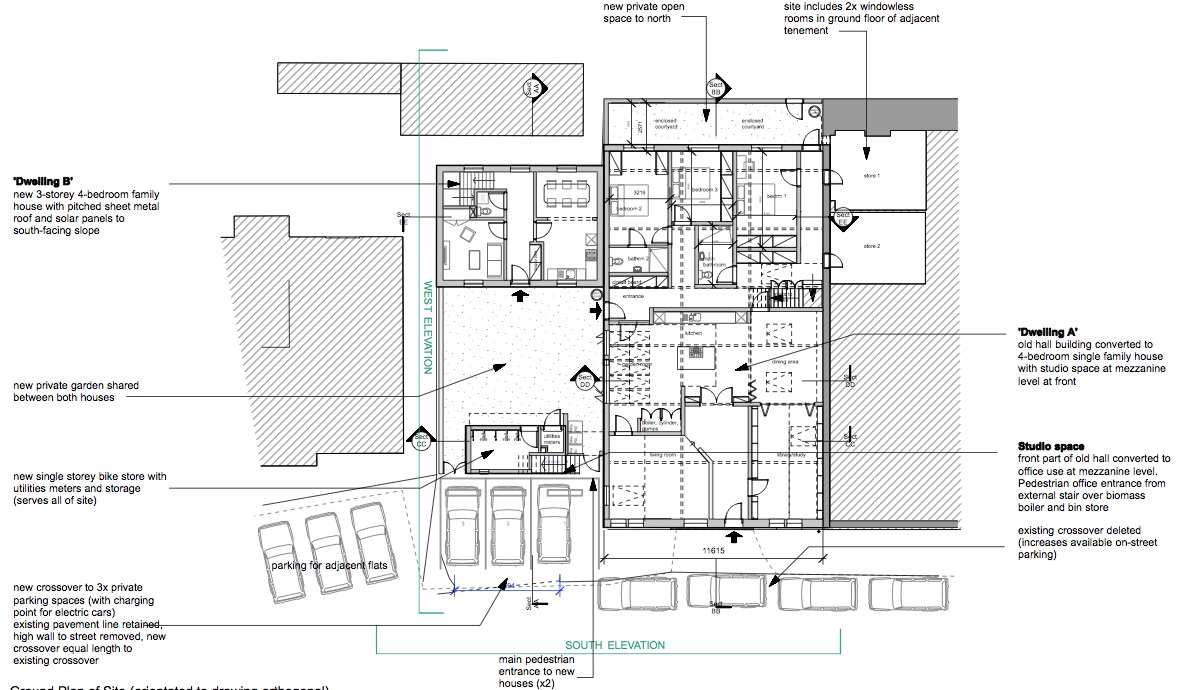 The project is now on site and completion due in 2014. 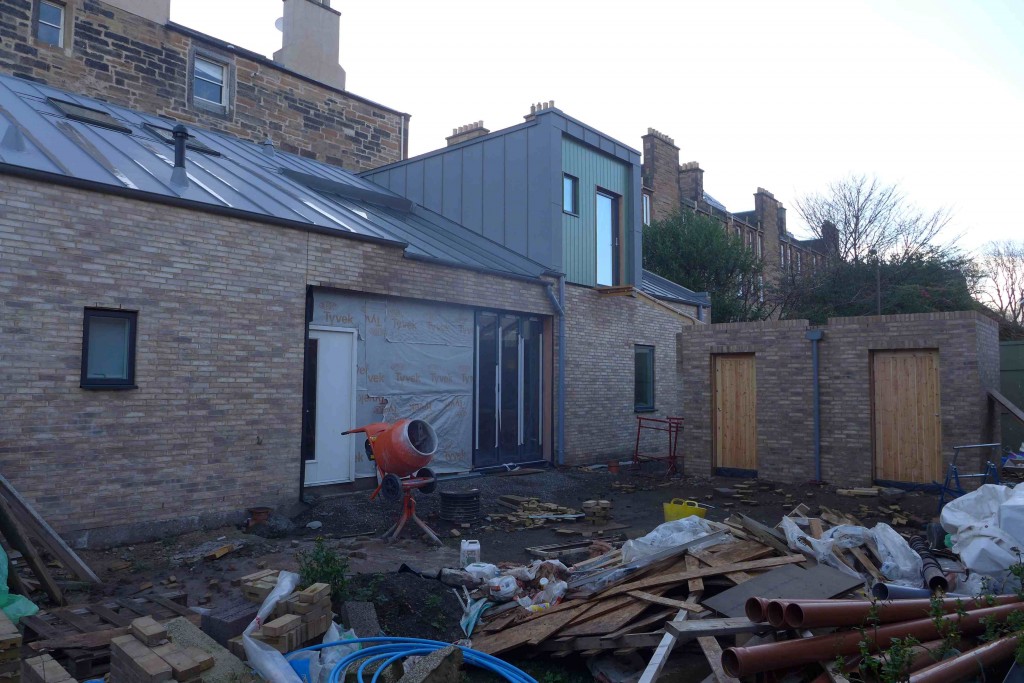