The unit  investigated the ‘civic’ as an architectural design challenge. We propose that a sense of place, communicated by architecture, is key to a successful urban environment. Using material investigations and tectonic experiments as our starting point, we have developed building designs for Dalmarnock, a regeneration site in Glasgow.

Can a small public building begin to establish and articulate civic presence in a depressed context, void of coherent identity?

civic (adj)
of or relating to a city, citizens, or citizenship
etymology C16: from Latin cīvicus, from cīvis citizen
[source: Collins English Dictionary, 2012]

EXHIBITION: Architects as FABRICATORS: Making things / Making things up
Thanks to Mark Rakatansky for the above definition [AAPublications_2012] 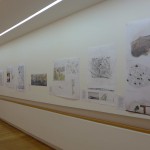 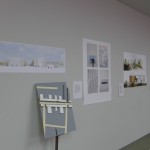 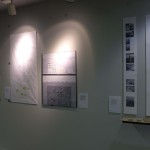 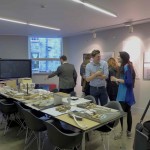 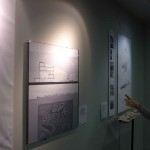 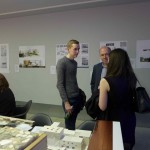 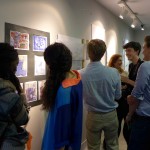 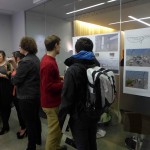 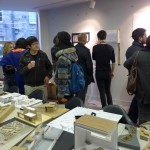 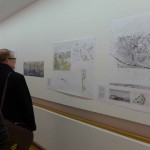 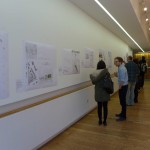 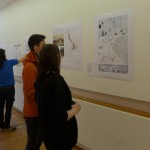 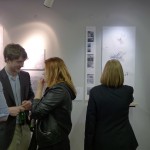 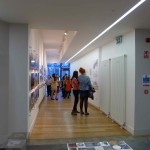 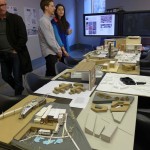 The unit commenced with two exercises in tandem.
1/ A personal, scale-less investigation into a material tectonic, quick making, drawing, photographing, revising and revisiting the theme of an initial art piece. The emphasis is on fabrication [MAKING]- iterative, instinctive, energetic creating building up a body of work in different media which we can bring to bear on the later architectural proposal. This exercise will develop an individual theme for tectonic investigation and may inform a means of drawing and representing that theme throughout the semester.
2/ A group-based critique of existing masterplans for the Dalmarnock area, considering pre-existing fabrications [NARRATIVES : STORIES: MAKING THINGS UP] about the civic future of this barren site. We will investigate existing social context and how this may be affected by the ambitious urban developments planned. An critical understanding of these civic ambitions for our site provide the narrative context for the building proposal.

Production
Our site was Dalmarnock in the east end of Glasgow. This area is immediately adjacent to the Clyde, a run-down district of industrial units and small housing estates, immediately adjacent to the Athletes’ Village being built for the 2014 games, and part of several other regeneration masterplans. We invited students to research and critique these various urban planning proposals in preparation for making their own intervention. The unit asked students to design the building for use post-2014; eg as part of a civic/social centre for the huge influx of new residents to the 700+ homes after the Commonwealth Games are over.

The programme of the building is a Healthy Living Centre. These centres are proven to address inequalities in physical and mental health, and use varied approaches to attract and sustain community involvement, such as exercise clubs, music groups and community cafes. Healthy Living Centres are effectively hybrid buildings, which provide traditional consultation rooms, as one might associate with a medical centre, with preventative health through larger and flexible studio spaces. The programme therefore offers the opportunity to interpret the architectural language of a contemporary community building and its place in establishing a civic identity.

The design process posits that an architectural concept can arise out of engagement and experiment with materials and construction techniques. Students were encouraged to work intuitively with material, construction and photography in the early part of the course and to develop this to bring a formal or material language to the site.

The unit placed a strong emphasis on making and modelling at early stages, and will engage with the social and economic context of architectural design, including input from external critics and contributors working on the real site.