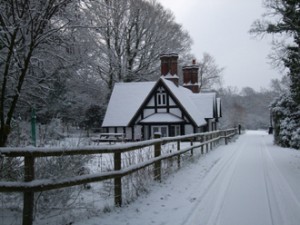 The brief was to allow internal access to the third bedroom. Several of the existing rooms also suffered from low lighting levels, a consequence of the heavy-roofed tudor style of the original property, though this character and contributed to the national park setting. 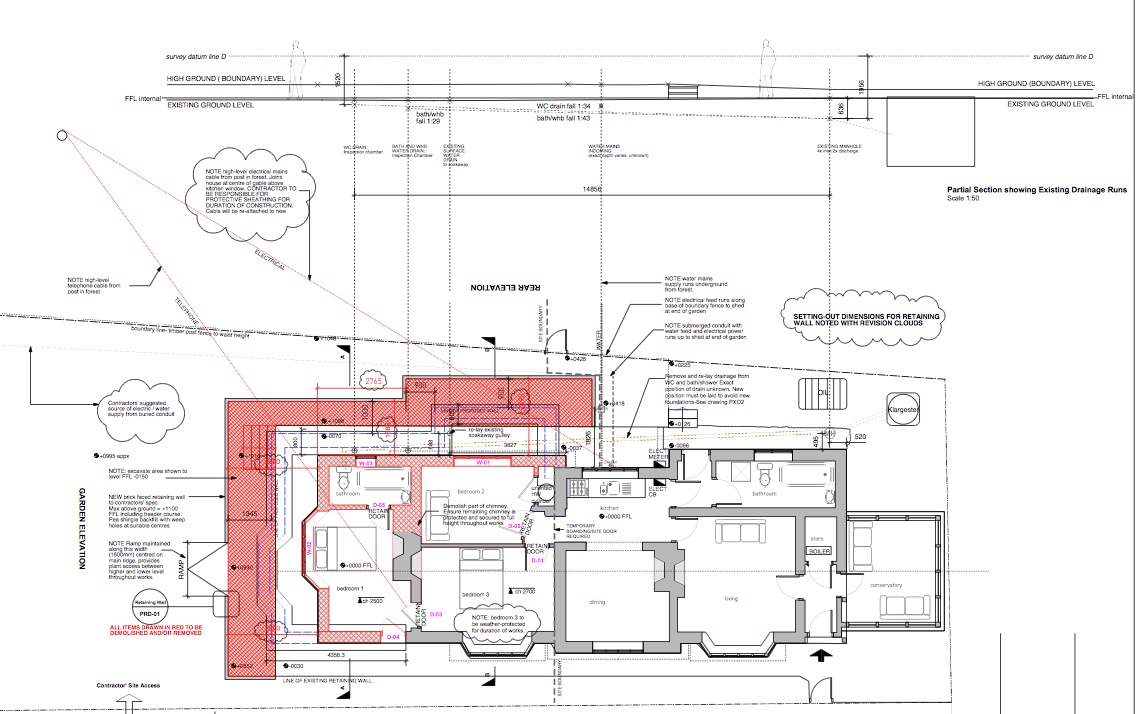 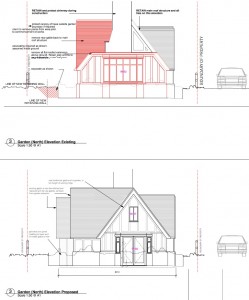 Our solution was to demolish the earlier extension and part of the rear elevation, and extend the main north-south roof pitch to create a new gable addressing the garden and two further subsidiary gables on the dark east elevation, one a contrasting modern addition in standing seam zinc. Internally, the living room has been transformed into an extraordinary bright, tall room extending up to the pitch of the main roof, with new steel ties replacing the ceiling joists. 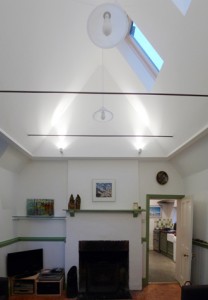 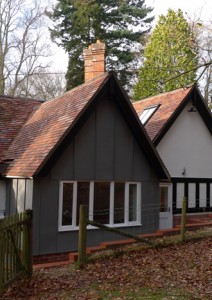 The Contractors embraced the brief of working with the original house and produced excellent replicas of the turned timber gable decorations. Whilst in many cases taking pains to match the existing, the chosen palette of patinated zinc and red-brick compliments this and adds a modern touch. The result is an extraordinary house for 21st-century living, comfortably worked into the 19th century tudor lodgehouse, nestled into the beautiful setting of the New Forest.